My basic research area is the geography and economics of agglomeration, processes of innovation and innovation diffusion, and EU regional policy. My current interests focus on the human angle in these – labour mobility between firms, between regions, and the interaction between work place and place of residence. That takes me to commuting and particularly telecommuting.

Since the 2020 Covid pandemic, teleworking has of course taken a huge flight; it has now become difficult to convince people (including grant institutions!) that I had been working on the theme since well before the lockdowns!

I’ve recently appeared in newspapers discussing public transport as well as real estate development, topics that come natural to most geographers but in which my own research only rarely takes me. (See this page for an overview of appearances, and contact me at m.j.smit(Replace this parenthesis with the @ sign)uu.nl if you would be interested in interviewing me or getting a comment.)

In the course of my Geography studies, I’ve also been working on ’softer’ topics, such as processes of globalization in the diffusion of Western classical music around the world, and the perception of ‘the countryside’ among Italians.

Apart from my PhD in Economics and an MSc in Geography, I also hold an MA in Classics from the University of Groningen, which I obtained in November 2007. I’ve not been able to do much with this, but as of 2021 I’m involved in preparations for a so-called ‘Big History’ course, for which finally this background is helpful!

My greatest passion aside from science is definitely music. I play the cembalo (I own a rather simple blue Zuckermann) and the organ, and I sing in various choirs (occasionally in quartets too). I have a preference for Baroque music, but Romantic and 20th-century music agree with me as well.

Apart from music, I love traveling, preferably in Italy and/or by train. Other interests include languages, history, and architecture, from Greek temples to Dutch buildings from the 1950s. I live in Utrecht, not far from Amsterdam.

This site uses Akismet to reduce spam. Learn how your comment data is processed. 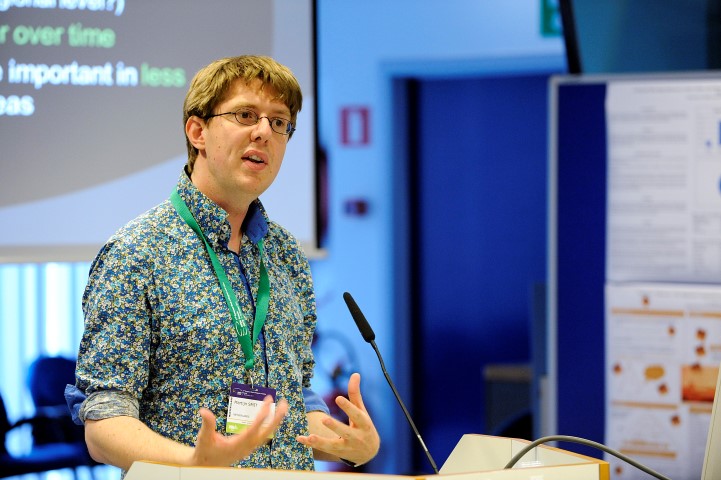