Since the last decade of the twentieth century, internet access has become a sine qua non for businesses. IT as well as online commerce have been growing fast over the past decades, and many other sectors also depend more and more on internet access; even industrial services such as design and warehousing, to name but two examples, rely on and benefit from cooperation at a distance. The global boost in teleworking and particularly teleconferencing following the Covid-19 pandemic has shown how important reliable connections are. 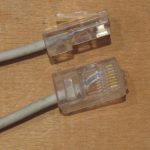 Governments have over the past decade invested in improving their connections to the world-wide internet. Yet it is not clear whether economic clustering in fact is attracted to well-connected locations. We therefore test empirically whether the level of connectedness to the global IT infrastructure has a correlation with subsequent economic growth in sectors that use such infrastucture, or even depend on it.

We do this using a panel of US cities, in which we zoom in on a few sectors that can use the infrastructure and compare them against the background of other sectors in the same cities. As a measure for the quality of local connections, we employ a unique method: we use the latency (ping times), a network metric usually spurned in favour of the more common bandwidth. 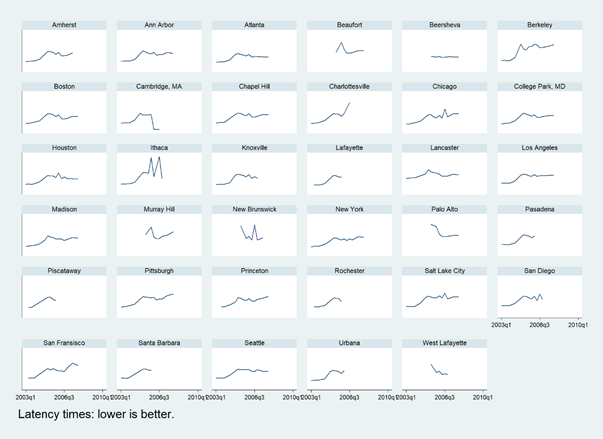 Status: first results were presented at ERSA 2017 in Groningen, and at seminars in Amsterdam and Utrecht. The paper has now been submitted to a regional science journal.

This site uses Akismet to reduce spam. Learn how your comment data is processed.